The following information is for patients who have a mal-alignment of the legs that have become excessively bowed or knock-kneed.

On this page you can find answers to the following questions:

Do I need a femoral or tibial osteotomy?

Femoral or tibial osteotomy is a treatment for osteoarthritis in patients who are relatively young and active. The procedure corrects any malalignment, bowed or knock-knees that arise from osteoarthritis.

Osteotomy allows young people to remain active while delaying the need for a knee replacement.

What does the procedure involve?

X-rays of the patient’s knees will be taken prior to surgery to determine the degree of correction that is required. These measurements will be fine-tuned during surgery.

Osteotomy entails cutting the bone to allow the leg to be straightened into a normal position. The correction is maintained by being securing the osteotomy with a plate and screws.

Osteotomy is most often performed on patients who are bow-legged and suffering osteoarthritis in the inner, or medial, part of the knee. This procedure is called a medial opening wedge osteotomy. The knee is corrected to a slightly knock-kneed position, shifting the weight through the preserved the outer, or lateral, part of the knee.  In some isolated cases the osteotomy is performed through the lateral part of the femur. The leg is corrected to a straight position and the weight bearing will be transferred to the preserved medial side.

How long will I spend in hospital?

In most cases, patients will be discharged two or three days after surgery.

How long will it take to recover? What can I expect?

Crutches will be required for about six weeks to allow sufficient time for the osteotomy to heal. The patient will be seen to assess the wound within the first two weeks after discharge. Further appointments, at six weeks, three months and one year following the surgery, will be made. X-rays will be necessary on each occasion.

Until the patient can raise their leg in a straight position, a knee brace will be required. This should not take longer than two weeks. After this time the knee brace will no longer be necessary.

During the first six weeks, weight bearing will be achieved with the aid of crutches. The crutches can be dispensed with after six weeks, so long as X-rays show that sufficient healing has occurred.

Physiotherapy exercises are commenced early and initially focused on the quadriceps and hamstrings. Range of motion is slowly built up over the first two to four weeks, with the ultimate goal of achieving full range of motion within that time. As physiotherapy progresses, functional exercises will aim at achieving fast walking by three months and a return to sport after six months.

Patients who do sedentary, or desk based work, may return after two to four weeks. Manual labour will require up to three months of convalescence.

What We Treat
Treatments for Patients with 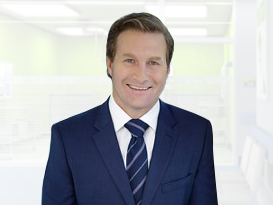